Cast your vote in the Loved By Parents 2014 awards 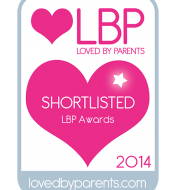 After a nail-biting wait, the shortlist for this year’s Loved By Parents awards has been announced and we’re delighted to have been shortlisted in a staggering 20 categories! This follows our award-winning start to the year, having fared extremely well in the Prima Baby awards, which were announced a few months ago.

Organised by the popular parenting website, with a growing following on Facebook and Twitter, the awards are voted for by mums and dads across the UK. So we need your help! If you think we deserve to win, visit the Loved By Parents site to take a look at the shortlist and cast your vote.

Last year we proved to be a firm favourite with parents, scooping four Golds, one Silver and one Bronze. We’d love to beat this record for 2014!

Thanks to everyone for supporting the Chicco brand. The winners will be announced at the end of the month so we’ll keep you posted with news!